November 11, 2018 at 3:41 pm, No comments
There has been plenty of discussions about the future of TV since the start of the year. As video streaming continues to stand on more solid ground, traditional TV and satellite providers are losing ground fast.

Now a new threat has emerged to increase that pressure even further. South African company, infinivy SA has just launched TV2GO,  a free-to-air TV platform. The platform is completely web based, uses no decoder and has no app presently. The platform is accessible via mobile phone browsers, tablets, and even internet-enabled TV devices. 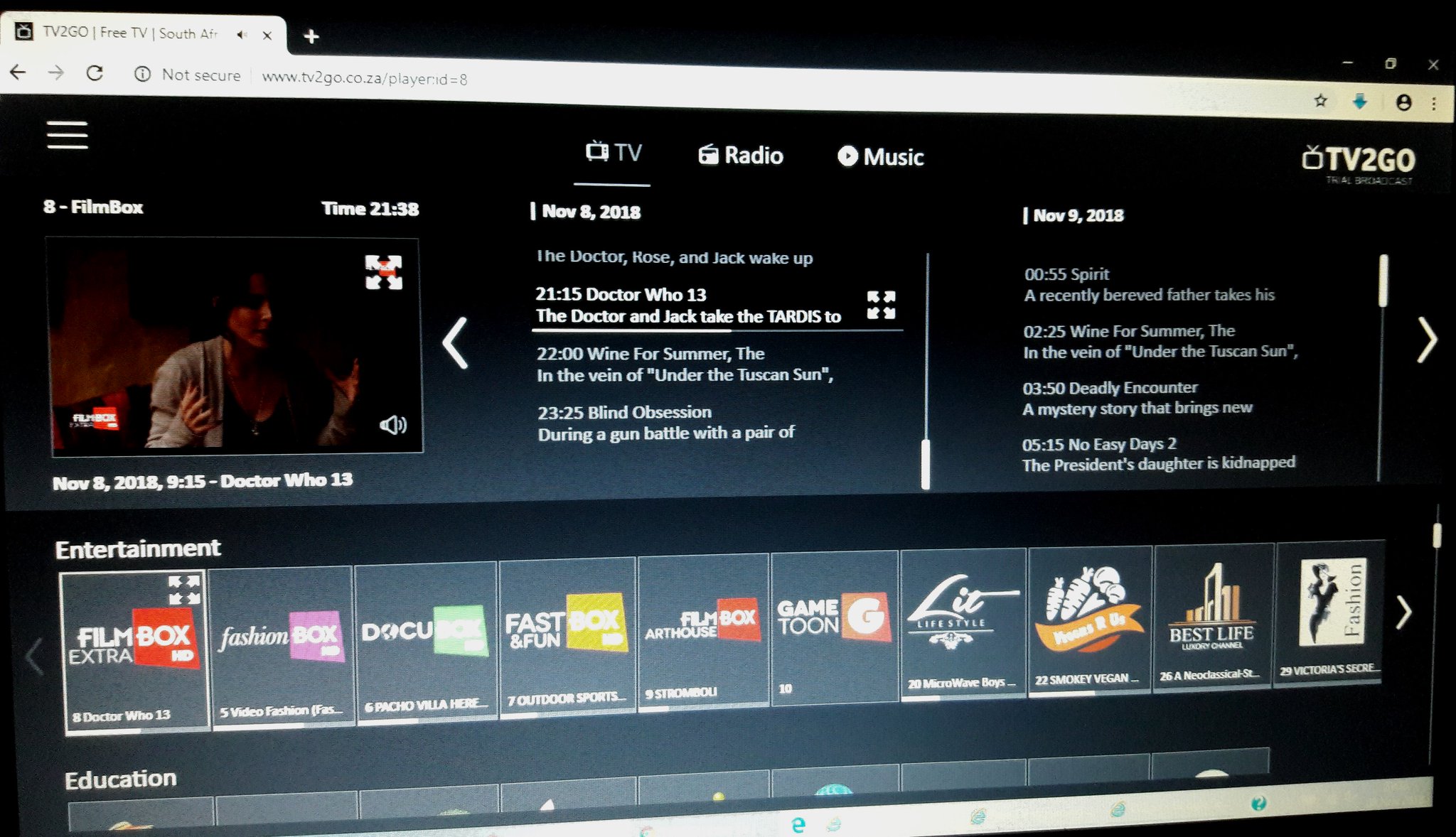 Currently, the completely web-based TV platform has over 100 linear and on-demand channels for viewing. Its channels range from general entertainment, sports and religion.

The platform currently has content for the South African market only. Nonetheless, Infinity SA plans to increase its offerings and expand the service to other African countries like Nigeria, Kenya and Ethiopia. These three countries represent not just some of Africa’s largest economies, but they also possess the continent’s highest populations.

Interestingly, unlike other internet TV platforms, TV2GO doesn’t use a subscription model for revenue generation. Instead, it plans to make money from advertising. It explains that for every three hours of viewing, users may see up to eight adverts. This seems like a workable plan, considering income levels across African countries.